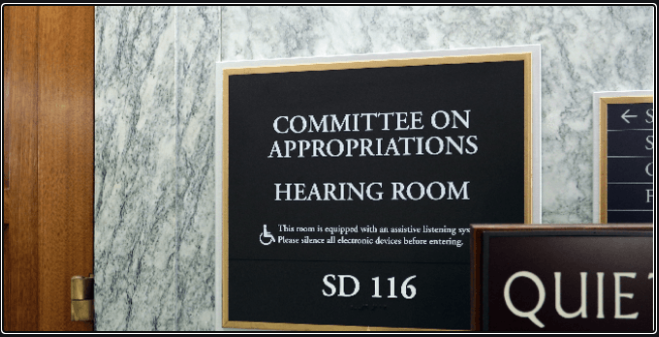 The letter, signed by 121 patient advocacy organizations, health and medical associations, veterans organizations and colleges and universities, warns of the consequences of enacting further continuing resolutions in lieu of a fully-funded Defense Appropriations Act. According to the letter, “Failure to enact the Defense Appropriations Act this year will have major negative health implications for the millions of Americans – especially veterans, military service members and their families – who live with chronic and debilitating disorders. Further delay will impede important new discoveries and translation of medical innovation into new treatments and cures for many disorders.”

The Defense Health Research Consortium was founded by CRD Associates to bring a diverse community together to advocate for the CDMRP, a $1.5 billion medical research program designed to meet the unique health and medical challenges of the men and women in the U.S. Armed Services. Funding for the CDMRP is added every year by Congress to the annual Defense Appropriations Act, and this funding has faced threats and similar challenges in previous years

Rep. Ken Calvert has survived his re-election and will serve as chair of HAC-D

Congress returns to Washington next week with a full agenda before adjourning for the year. Here is a look at what issues they may consider:

One benefit of the close elections is the path to finishing fiscal year (FY) 2023 appropriations may have gotten easier as Republicans will not have the leverage to punt the spending package into the new Congress. The current CR expires on December 16th and Democrats in the House and Senate intend to negotiate and enact an omnibus spending package by then, or by the end of the calendar year. An omnibus would likely include supplemental Ukraine funding, disaster relief, mental health authorizations, and other priorities.

The $31.4 trillion debt limit will need to be raised by before the end of 2023. Influential Republicans have described the debt limit as a tool they will use to extract major spending cuts, despite the risk of crashing the economy. Therefore, Democrats and moderate Republicans are discussing the possibility of including a debt limit increase, or abolishing the debt limit, during the lame duck. President Biden opposes the abolishment of the debt limit, claiming it would be “irresponsible.” It is unclear there will be enough votes attached to this proposal to the omnibus. However, it would protect the economy under President Biden while solving the issue for the next Congress by taking it out of their hands.

The Senate passed a one-week continuing resolution (CR) late Friday afternoon via voice vote, sending it to President Trump for his signature just hours before the midnight deadline. The President signed the bill Friday evening to keep the government open for another week while lawmakers work to reach an agreement on a spending package before the new December 18 deadline.

Lawmakers and staff worked over the weekend to finalize and file an omnibus package by COB today, but sources tell us lawmakers are still uncertain whether it is possible. Rumors are circulating that House Appropriations Committee staff have drafted a three-month CR that they could rely on if a final spending package isn’t ready by early this week. However, appropriators in both chambers are outwardly optimistic, including Senate Majority Leader Mitch McConnell (R-KY), who told reporters he is hopeful that progress on these items will produce a final bill this week.

President Trump had threatened to veto the bill because it excluded language repealing a legal shield to tech companies and included bill language that calls for renaming military bases named after confederate soldiers. The House passed the bill earlier this week by a strong vote of 335-78.

Today, Congress passed the continuing resolution (CR) to extend the fiscal deadline through December 11. According to a person familiar with the planning, President Trump will sign the CR on Thursday, but there won’t be a lapse in appropriations because of his intent to sign the measure, which the Senate cleared Wednesday on an 84-10 vote, several days after the House voted 359 to 57 to approve the bipartisan bill.

The Democrats reportedly introduced the bill on their own without support of the White House or House or Senate Republicans.

The Latest on the CR Negotiations

We are hearing the House is planning on filing a continuing resolution on Friday, and plan to take it up on the floor next week. How long the CR will last is still unknown, but it seems that Speaker Pelosi is in favor of February or March. Senate Majority Leader McConnell and Treasury Secretary Mnuchin unsurprising prefer the CR expire in December.

The House has approved the Fiscal Year 2021 Defense Appropriations Act, as part of a larger minibus package.  There were no amendments that would have adversely impacted the CDMRPs.  Now on to the Senate, which may not act on this until after the election.

The House has sent its members home for August but will call them back with a 24 hour notice if there is a deal on the next COVID-19 relief package.